favorites from "the deleted years" of music 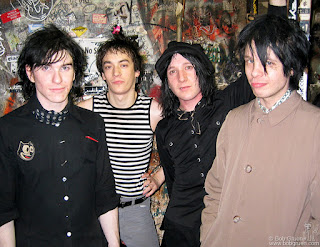 i meant to write this post weeks ago when it was more relevant, but....life, man. last month, dave holmes wrote this interesting article about the period from 2003–2012 in music. more specifically, how the lack of streaming services like spotify and now-ancient technology of ipods have rendered so many of our favorite bands and songs from that time obsolete unless we happen to remember them.

fortunately, i'm like an elephant with this period of time in music and i will never forget any of my favorites. being able to listen to them again is another story, however. some of the original picks for this post (addison, yes dear, telecast, the sexy magazines) have nary a record of their mere existence, so i couldn't even feature them. i swear i didn't make them up! here are some of the best nearly-extinct remnants of the early aughts. may you find a new favorite song (because they still hold up), take a trip down memory lane, or both.

the colour is always the first group i think of when i think of the sound that defined this era in music. strokes-y, moody, slightly britpoppy, mod, and danceable. i must have listened to their EP hundreds of times back in the day and rediscovering it every so often brings back such specific and fond memories. so glad that someone uploaded it to youtube, because it’s not on spotify. “out and about” was my go-to jam back then, but i’m finding that i appreciate “mirror ball” more now.


i still have no clue how i ever even heard of this very short-lived brooklyn band, but it probably involved myspace stalking to some degree. their entire i was born at night EP is such a solid collection of melodic, raw, angular indie rock, with the above tune “house of cats” being my absolute favorite.


proving once and for all that if it’s a retro-sounding band that involves brothers, i’ll *most likely* be onboard, the redwalls were a beatles-esque quartet from chicago i was deeply into for like six months. i recently had the brilliant idea to check and see if pitchfork ever reviewed their album, and sure enough, they gave 'em a very specific 3.6 and called them "60s pop fetishists." still slinging the same exact jabs 14 years later, eh? expand your fuckin’ vocab, ya nerds! this is my favorite track, but the whole album is a fun, lighthearted listen.

also brothers! why these guys never made it big is still kinda baffling to me, but i probably listen to both this song and their other very minor hit, “bom bom bom,” at least once a week. straight-up, bad-ass, strutting rock ’n roll.

high-strung, mid-2000s dance rock at its finest. they also had some great song titles, including “better safe than safari” and “enough about me, let’s talk about me.” this song is a freaked-out treasure!


so, this was the band that sounded a lot a lot A LOT like spoon. but, instead of launching into another one of my rants where i wonder for the 100th time why people absolutely lose their shit over derivative bands, i’ll just say (one more time for the snobs in the back) that i doooo nooooot caaaaare! riddle me this: i like spoon. why on earth wouldn’t i like a band that has different songs that sound very similar to spoon’s?? refusing to like a band “on principle” or for “philosophical reasons” is truly the dumbest shit i’ve ever heard. i feel like i’m taking crazy pills. long story short: i kind of lost interest in them after the first album, but the first album is so good! i still listen to it regularly.


omg, i miss the fictions so much and there is absolutely no trace of their songs on the internet aside from this one—at least i have a bunch of songs on my old laptop. sunny, LA indie pop with a cheeky sense of humor (they literally had an innuendo-filled song called “the handjive” which included the lyrics “can i get a handjiiiiive, can i get a handjiiive from you?” also, it was soooo weird—except not really because this is my life we’re talking about, after all—like 10 years ago i was watching sixteen candles and tweeted my favorite line from the movie, “sofa city, sweetheart.” and then a one-man band called sofa city sweetheart saw it and we became internet friends….and then i realized HE USED TO BE IN THE FICTIONS! the universe is absolutely wild, folks.


boston’s own!! my memories are choppy because it’s been so long, but i remember that the lead singer worked at the emerson bookstore (where i went to school) and i was buying my books and freaking out because i was so into them at the time. and then i don’t really know how it transpired, but my friend and i hung out drinking warm beer with them in their van one night in front of bill’s bar, and one of the band members played this crazy song called “i do dream you” by an italian band, jennifer gentle, which i still love? it’s all a blur at this point, honestly. this song rules though.

is there...is there a band that still makes music that sounds exactly like sahara hotnights' 2004 album kiss & tell? because i've been looking and i can't really find it. it's garage rocky, it's power poppy, it's vaguely swedish...which makes sense because that's where these lovely ladies are from.


thiiiiis is how you do post-hardcore. the kinison always struck me as very dark, but something about them was so compelling to me after my friends and i happened upon them at warped tour in 2004. screaming is usually hit or miss for me, but it just really works for them, i think in part due to the catchy choruses.

best CD i ever bought at wal-mart. i remember thinking they were british because...don't they seem british? they're just new yorkers, though. i'm a sucker for anything reminiscent of '77 punk, and their debut album bazooka!!! is a hard-hitting, punchy collection of tunes that still hits that spot for me.


so underrated and so much fun! i'd much rather a band be unapologetically silly, bombastic, and over the top like this than dreadfully boring and bland. taking yourself seriously is for squares and bumps on logs. plus, "turn me on and turn me up and turn me loose?!" pure poetry. I. AM. ALIVE. AND. AMPLIFIIIIED!

and speaking of over the top...my first introduction to this band was at a free concert in 2006 at vassar college, when they inexplicably opened for talib kweli, and it still stands out as one of the most memorable live performances by a lead singer I've ever seen. vocalist chantel claret absolutely owned the stage, and at one point brought a random dude from the audience up and stripped him down to his skivvies for their song "take off your clothes." it was funny, it was kinda sexy, it was totally wacky, and i loved it. i feel like she also rode a toy pony at one point, maybe? good stuff. fun fact: she went on to play mickey's friend shaun on the netflix show love.

if there's a better lyric than "we're the cold hand slidin' down your warm shirt," i don't want to hear it. okay, there are probably better lyrics, but that's a darn good one. i'm pretty sure that during the summer of 2005, i got into my car after every awful 5am-11am shift at dunkin' donuts and cranked this tune via mix CD for the 10-minute ride home. i was a motherfuckin' rock 'n' roll soldier ringing up crullers and coolattas, man!
at October 06, 2019

what i've been watching lately 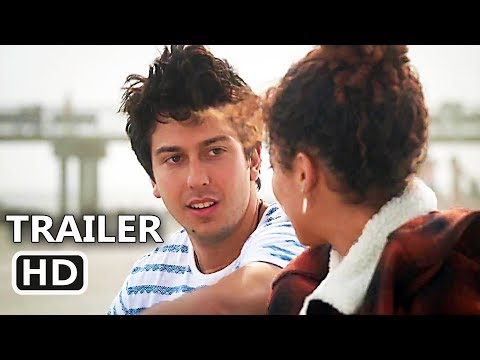