1. this song by muskets, "violent paradise"

grunge + bratty british punk is one guaranteed way to my heart (other methods include chicken piccata, t-shirts that say dumb things, and whiskey cocktails). the nirvana influence comes through loud and clear, and when the chorus hits, i'm reminded of a quote in a newspaper article from the typically meek owner of a now-defunct record store in nashua, NH that my friend and i saved because it was so funny/perfect:

"when i buy a record, i like to rock it. i want to smoke it, YEAH. i want to play it loud and stage dive onto my bed."

this song DEFINITELY makes me want to smoke it and play it loud and stage dive onto my bed. and then maybe skateboard off of my roof for good measure, YEAH.

2. the jazzercise studio in stranger things 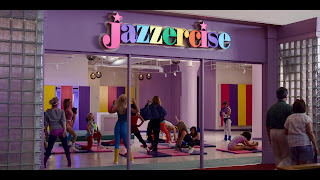 as a former jazzerciser, i screamed with glee when i saw it. also, the starcourt mall in general is a dreeeeam and i was so stoked that this season revolved around it. if only scoops ahoy were a real place...

speaking of malls—yesterday, i went to one because it was 1000 degrees and it was on my way to a get-together i was going to at 3, so i didn't want to eat a big lunch before i got there. like a mirage, this place called pretzel twister appeared in front of me, and the idea of a big, warm mall pretzel just felt so right.

i got the plain one and it was super buttery and a little sweet and exactly what i wanted. let's hear it for mall pretzels, guys.

4. this top i got on clearance at anthropologie that's actually a pajama top but i didn't realize it and i'm wearing it as a regular top 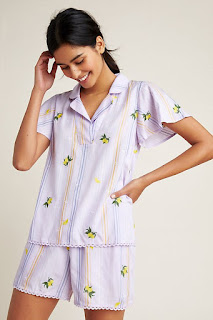 it was on the rack without the bottoms, along with all of the other regular tops, so how was i supposed to know? i'm wearing it today tucked into these cute linen pants and it looks great and not at all like PJs, so whatever. pajamas are a social construct.

oh. my. god. i was reading something that referenced this show the other day, and the memories of it came flooding back to me. i was 5–7 years old when it aired from '91–'93, so i vaguely remember it being on nick and seeing commercials for it, but was probably never old enough to really grasp what was happening. the acting is SO ATROCIOUS that i seriously can't look away, i'm obsessed with the outfits, one of the characters named ashley sounds like she's whispering all the time, and a young ryan reynolds is in it. it's like if degrassi were terrible and had no sense of humor. i can't get over it. also, brooke is such a bitch!
at July 07, 2019 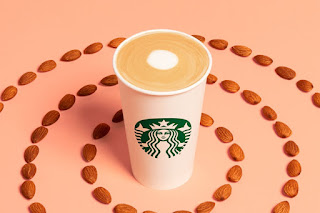